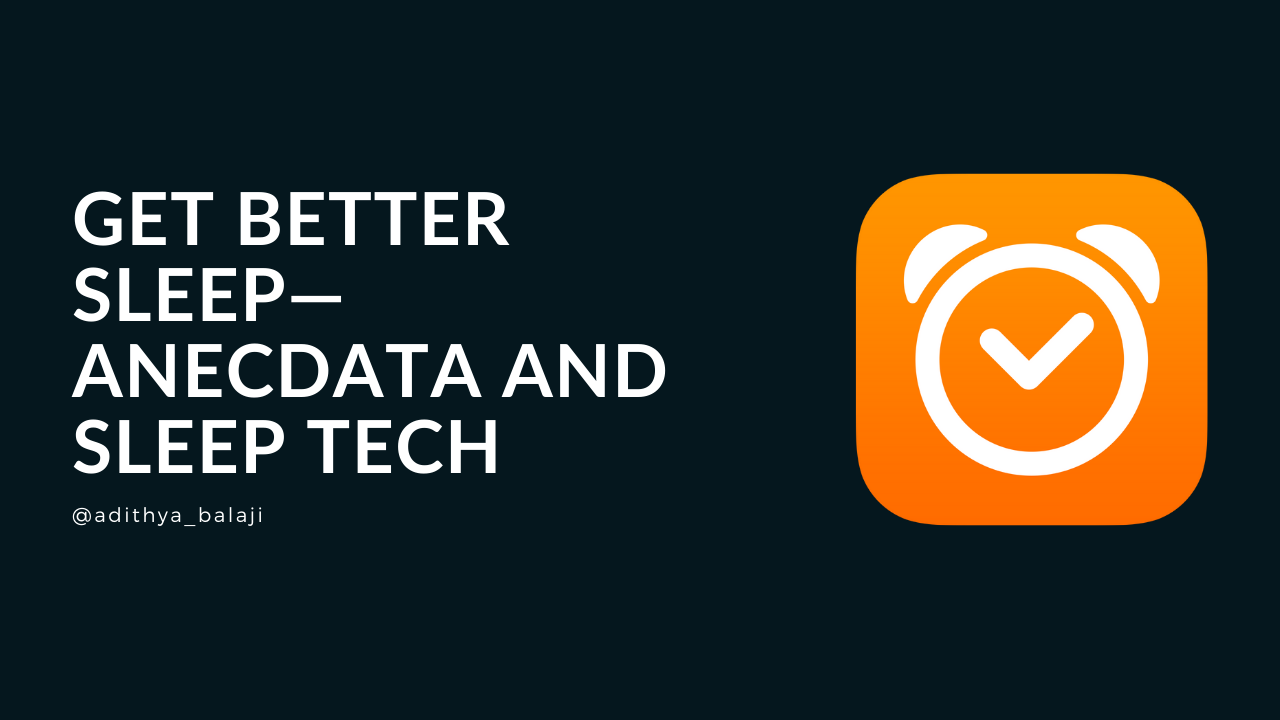 I recently got 8.5 hours of the best sleep of my adult life–a culmination of a month of being mindful of my sleep habits. We spend anywhere between a quarter to half of our lives asleep. Yet, it doesn’t seem many people are intentional about this aspect of their lives.

I have been interested in sleep tracking since I was in high school, but have not actively tried to improve my perceived quality. Over the past year I tried to change that and have felt a noticeable improvement. I posted a story on Instagram to my extended friends circle, which received more feedback than I expected. A lot of people were interested in what I was doing to optimize my sleep, so I thought I’d share. 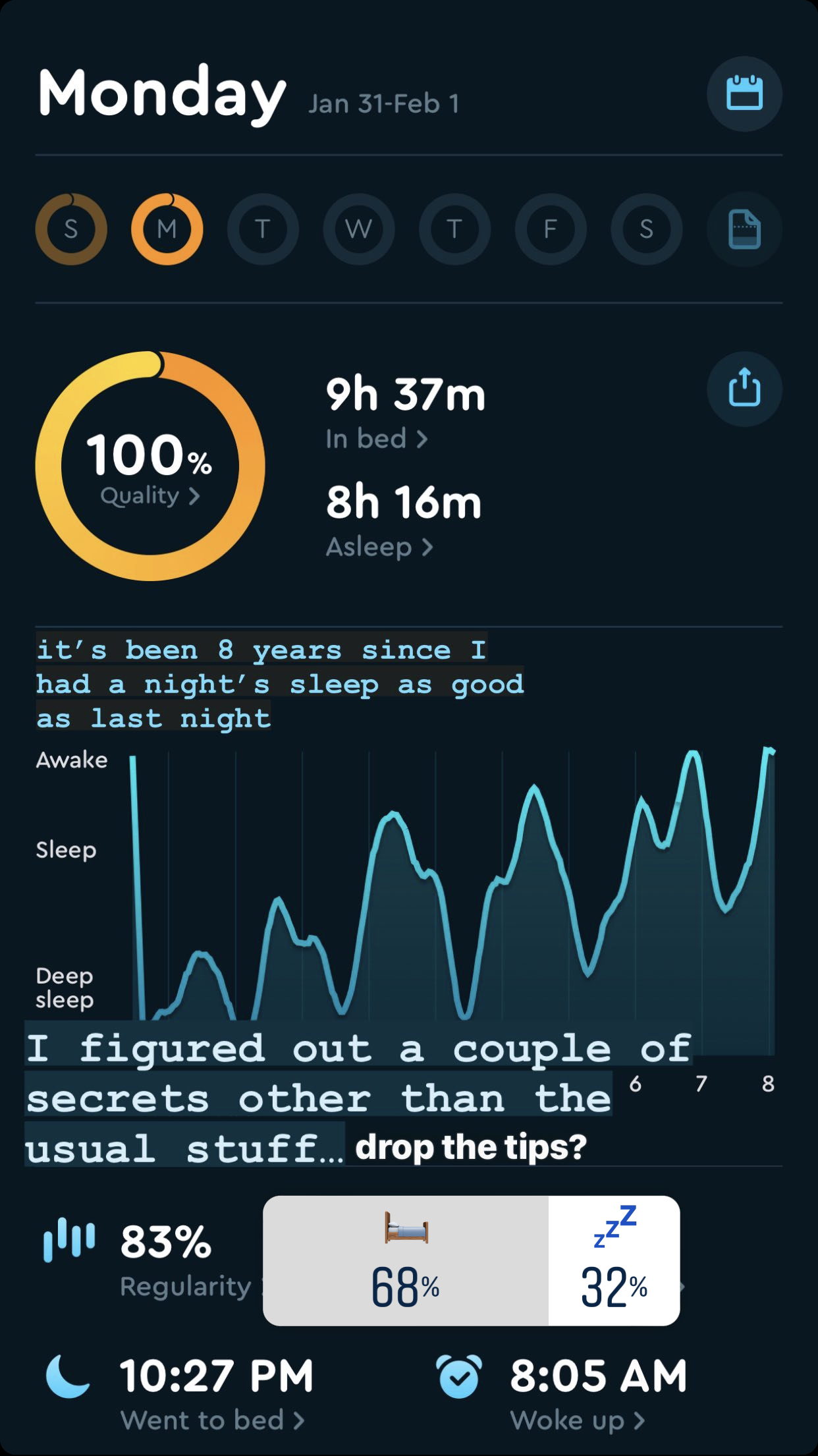 The cornerstone of getting better sleep is tracking it. As the adage goes, you can’t manage what you can’t measure. I’ve been using Sleep Cycle, which is one of many apps that claim to track your sleep. I bought the Sleep Cycle app waaay back in 2014. Anecdotally, I’ve found their cycle tracking to be somewhat accurate and their ability to wake me in “non-deep” sleep pretty spot on. The concept of sleep cycles is borne out in the science literature (i.e. the difference between REM sleep and non-REM sleep). And it seems that at least one sleep researcher found that the app did correlate to real sleep cycles. Most of all, I like the sleep score, regularity, and other statistics that the app lays out bare for you to draw your own conclusions. I also happen to be an early adopter, so I’ve been grandfathered into the subscription features. 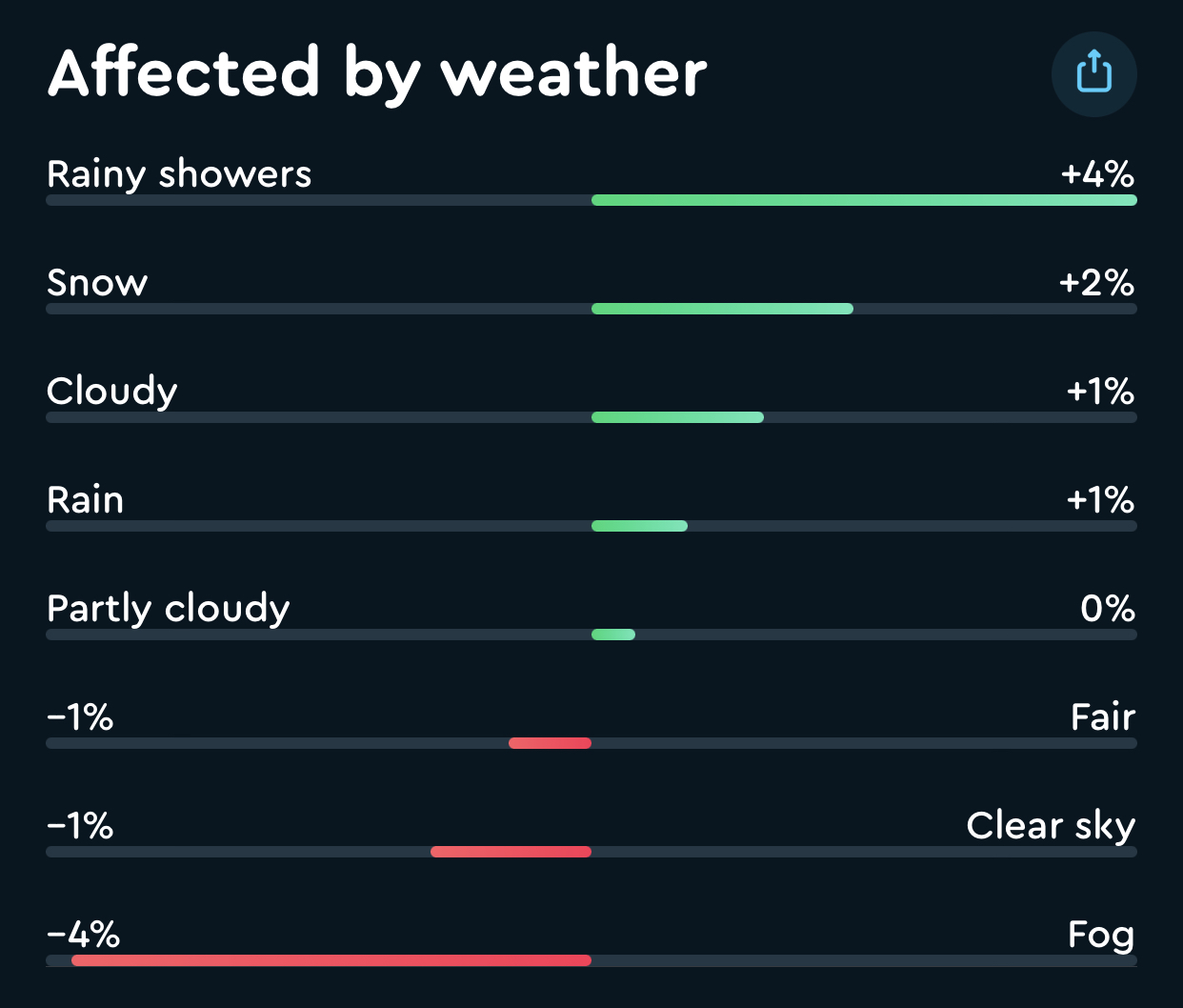 The second thing I noticed was that the Sleep Cycle app consistently reported higher sleep scores on rainy nights. The white noise that a fan makes has always helped me fall asleep–since I was a kid. So, I started using the app’s built-in “Rain on Car Roof” sleep aid on top of the fan I have running in my room. I have since been falling asleep much faster.

On the even more anecdotal side, I’ve found that a couple of other key factors help the cause:

I’ve found that bedtime matters less for me personally. Looking into it, it seems some doctors have echoed similar ideas.

The hardest habit that I have broken this year was scrolling on social media before bed. I would say this is the second most important aspect to better sleep. I’ve found that killing a habit without replacing it / concessions doesn’t work. Here were mine: I allow myself to instead listen to podcasts at night, which seems to have filled that gap. I try to pick ones that are on the shorter side, like 20ish minutes, which also seems to give me a chance to wind down. Second, I deleted all social media apps on my phone but give myself unlimited time to browse on a desktop computer. Desktop sites don’t seem to have as optimized algorithms for endless scrolling. 1 I’ve found that there are more natural stopping points when you are on a desktop computer.

The part of sleep that people sometimes forget to talk about is waking up. I’ve already talked about using an app to try to wake up in a lighter phase of sleep. In addition, I’ve found that a waking up routine really helps.

I make sure to have a full water bottle at night–a swig of water in the morning wakes me right up. I also run through a couple of cards on Anki and run through an exercise on Duolingo. 2 3 Though not critical, I’ve found that doing these mental exercises wakes my mind up and stops me from drifting back to sleep. It also acts as a two-for-one since I make sure to keep the habit in both apps going since I do it first thing in the morning. 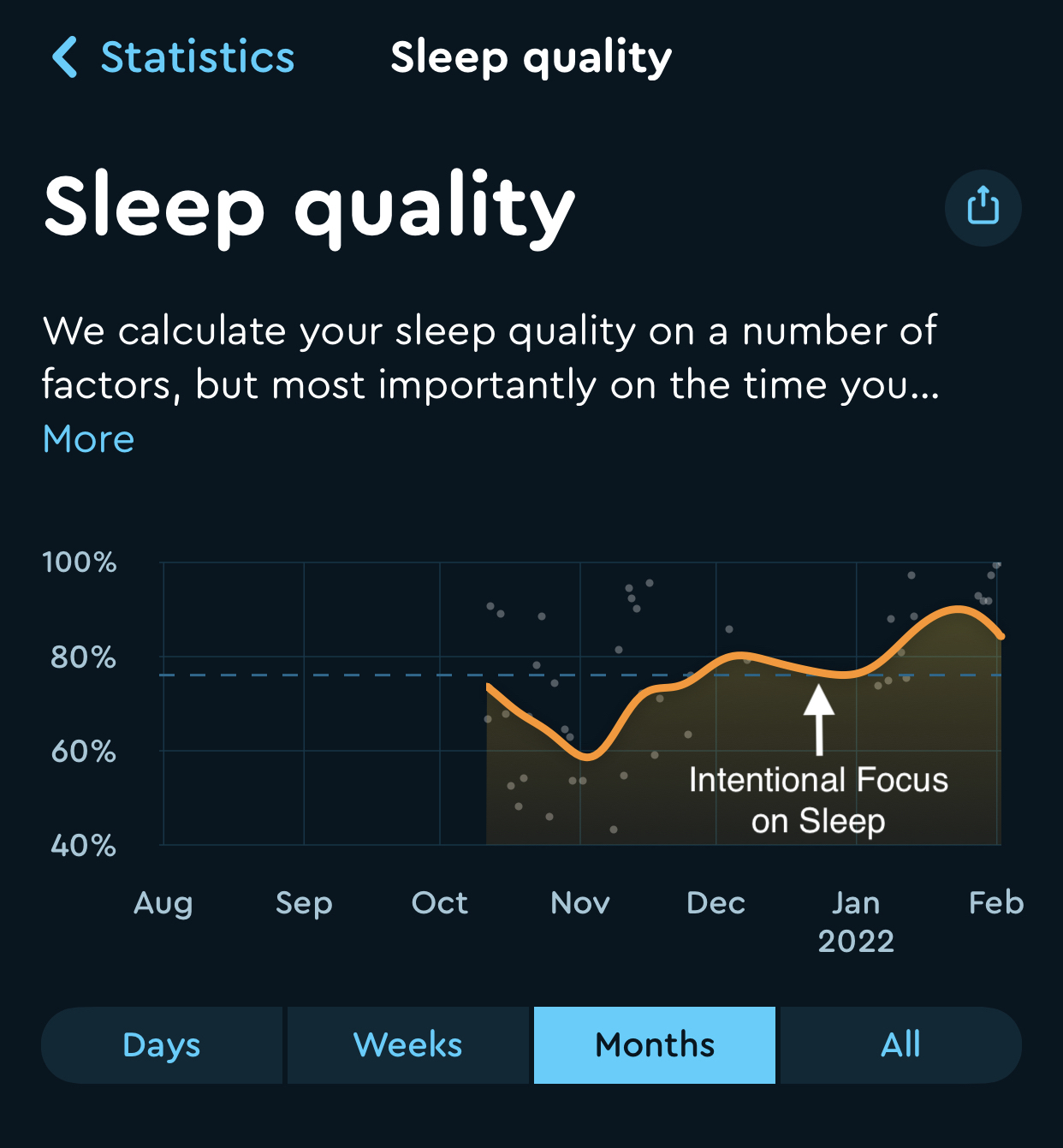 This is a snapshot of sleep cycle over the last couple of months. I had taken a break from tracking my sleep at the start of the pandemic, but got back into it when I was at Carnegie Mellon in person for grad school. I put into practice some waking up habits in mid-November, but I really kicked up the focus in late December with the weighted blankets, social media restrictions, and white noise. I plan to continue to track the results of these changes this year.

The long-short of it all, in rough relative order of importance:

Thanks to Matt Figdore, Simon Berens, Daniel Alfonsetti, Svapnil Ankolkar, and Aishwarya Balaji for providing feedback on earlier versions of this post.

Edit 2022-02-22: The post got some traction on Hacker News– check out the discussion there